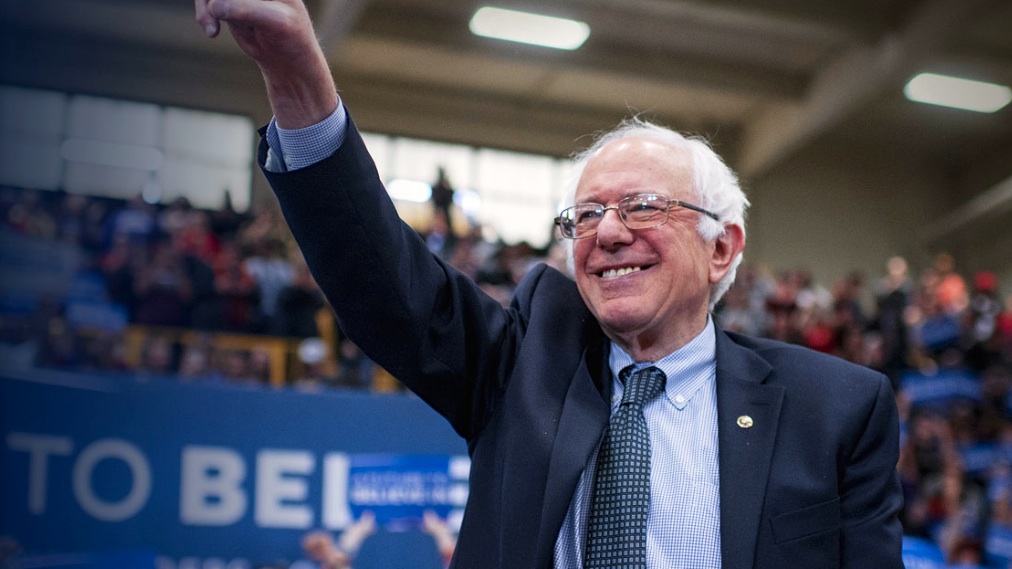 I supported Obama in the last two presidential cycles and I support Sanders now. I have spent weeks pouring over numerous articles, studies, blogs, etc. on my laptop while watching the debates and related coverage on TV. Much of my time has been devoted to carefully comparing the positions and actions of Clinton and Sanders with respect to issues relating to foreign policy, the environment, Wall Street reform, social security, health care, money in politics, violence, racism, etc. Below is a summary of my findings thus far.

If one expands the guns and violence issue beyond U.S borders, Clinton has a very different record. The International Business Times, reported that as Secretary of State, “Clinton not only rubber-stamped major weapons deals with 20 countries that donated to her and her husband’s philanthropic arm, the Clinton Foundation, but she also approved nearly double the amount of arms sales to those same countries as the State Department of George W. Bush’s second term. She approved a $29 billion arms sale to Saudi Arabia, a country which Human Rights Watch criticizes for violently oppressing women. At a press conference announcing the deal, Assistant Secretary of State Andrew Shapiro declared that the deal had been “a top priority” for Clinton personally. The U.S accounts for well over 50 percent of the global arms market, or about five times as much as Russia. The IBT reports that Sanders has never advocated for major weapons deals to Saudi Arabia or any warmongering country.

The Environment and Global Warming

Having any difficulty understanding where Sanders stands on this issue? How about Clinton? Public support for the death penalty has been declining since the mid-90s. Will Clinton “evolve” on this issue?

Apparently a Republican Florida Governor was able to “evolve” much sooner than Clinton, and it didn’t take a widely-covered horrific shooting to prompt the evolution.

At the very least, Clinton should be pressed to explain why it took a horrific shooting for the Clintons to conclude that the flag is a symbol of racism, and how this obvious departure from years of tacit approval of the flag squares with Clinton’s “long-held values and principles,” which she refers to constantly on the campaign trail. Even long-time Clinton supporter Paul Begala said in an interview last year that Hillary Clinton “absolutely” has to answer for her history with the Confederate flag. Still waiting.

In October 2015, The U.S.News & World Report reported that financial disclosure records show that since her first bid for Senate in 2000, Clinton accepted nearly $1 million from drug and health companies and more than $2.7 million from the insurance field. The Hill reports that in this election cycle, Hillary has received more cash from the drug industry than any other candidate. In her 2008 presidential bid, Hillary was the third-largest recipient of donations from drug and health product companies. The Clinton Foundation has also received large donations from drug and insurance companies. In the Senate and at the State Department, Clinton has fought for some causes that pleased the drug companies and some that did not. In a 2015 Democratic presidential debate, Hillary gleefully named drug and insurance industries among the “enemies” she is most proud of. I wish my enemies sent me millions of dollars

Let’s start with some facts about health care in the U.S.:

What is Bernie’s Single Payer Health Care Plan (Medicare for all)?

Bernie has proposed expanding Medicare so that it’s available to all Americans from birth to grave. Through tax revenue (employer payroll taxes and income taxes weighted toward the wealthy), the government would provide all the funding for health care costs (aka single payer) for all Americans. Private health insurers would no longer be needed unless there is demand from wealthier individuals to purchase supplemental coverage for services that wouldn’t and shouldn’t be covered under an expanded Medicare program (e.g., penthouse hospital rooms or cosmetic procedures). Because all Americans would be covered, existing programs like Medicaid and CHIP for the poor and Medicare for seniors and the disabled would no longer be needed. All healthcare services would continue to be provided by the private for-profit and non-profit sectors. Patients can keep their same health care providers or switch to new ones. Every citizen would carry a single Medicare-for-All card which would be used everywhere in the country.

Public polls over the years have shown support for single payer. Even after the contentious ACA debate several years ago and the current campaign rhetoric, a recent poll showed nearly 80 percent support among Democrats and about 25 percent support among Republicans. For years, a number of political leaders, including Obama before he became president, and organizations have called for a universal single payer system in the U.S. Three such organizations are the 185,000-member U.S. Nursing Association, the Business Coalition for Single Payer Healthcare, and Physicians for a National Health Program. According to BCSPH, over 60 percent of small business CEOs support single payer, but they find it difficult to get their business associations to support it because they have health care and insurance members or they often sell employee insurance to their members.

Below are some of the reasons people have advocated for a universal single payer program. There are various ways to fund such a single payer program. Sanders starts from the premise that in the wealthiest nation in the history of the world, health care should be a human right not a privilege The Sanders plan would fund his program with an employer 6.2% payroll tax (employers currently pay a 1.45 percent payroll tax for Medicare), a 2.2 percent income-based premium on household income over $28,800 (employees currently pay a 1.45 percent payroll tax for Medicare), progressively higher personal marginal tax rates on income over $250,000, taxing capital gains and dividends the same as income from work, limiting tax deductions on households making over $250,000, raise estate taxes on the wealthiest 0.3 percent of Americans who inherit over $3.5 million, and eliminating certain tax breaks. There would be no co-pays or deductibles.

Where Does Clinton Stand on Single Payer?

On an issue that affects all Americans, is it too much to ask that Clinton be more specific and consistent regarding Social Security?

What changed between October 2015 and January 2016 to cause Hillary to reconsider taking a firm stand on benefit cuts? If you are a nurse, fast food worker, salesman, short distance truck driver, hair stylist, postal worker, teacher, etc., how confident are you that you would be exempt from an increase in the retirement age under a plan that Hillary is open to “considering”? Is it possible that union/corporate support and campaign donations could influence Clinton’s worker exemption criteria? If you are like my mother and millions of other seniors who rely on Social Security for food and shelter, which Democrat candidate do you want representing you in budget negotiations with Republicans?

Clinton, what part of “too-big-to-fail-too-big-to-exist” do you find objectionable and why? Also, why must we wait until you are president before you “will work to end conflicts of interest in government”? I know this may sound radical, but have you considered leading by example now?

In a January 2016 article for salon.com titled “Hillary has nothing to brag about: Her foreign policy record is a disaster”, Adam Johnson examines Hillary’s decisions and statements relating to Iraq, Libya, Syria, and Iran. Johnson writes, “In the case of Clinton, there hasn’t been a major policy decision in the Middle East she pushed for that didn’t end up being a disaster both at home and in the countries she advocated meddling in.” Johnson goes on to write that decisions she has made after the Iraq War vote “show she not only didn’t learn any lessons from that war but has only grown more bellicose and hawkish.” Johnson notes that, in October 2015, Bill Maher asked longtime Clinton ally Ann Marie Slaughter what achievements Clinton could point to as Secretary of State. Slaughter reportedly pointed to “Clinton’s championing for regime change in Libya,” which Johnson describes as “a foreign policy ‘experience’ that has reduced Libya to a failed state run largely by ISIS and other jihadists.” Johnson also points to Hillary’s very recent statements calling for a no-fly zone in Syria as another example of “Hillary embracing reckless, hawkish positions in the Middle East.” Johnson cites a 2013 Defense Department estimate that a “no-fly zone over Syria would entail bombing Syrian military infrastructure and would require over 70,000 servicemen.” Johnson notes that this estimate was made before Russia entered the war last fall. The no-fly over Syria position has been embraced by Republican candidates, but, according to Johnson, “both Sanders and Obama have dismissed out of hand as being irresponsible and unrealistic.” Perhaps it’s because both Sanders and Obama understand Johnson’s claim that, “ ‘a no fly zone’ is a vaguely liberal way of calling for the invasion of another country.”   Johnson contends that Clinton’s posture “is built around using Presidential sounding terms like ‘no fly zone’ rather than bothering to make any sense.”

Are you feeling at all confident that Hillary has learned from her Iraq War “mistake”?

I’m amazed at how quickly many of us forget the sleazy things the Clinton campaign said and did in the 2007/2008 campaign against Obama. Some of these tactics are resurfacing in the current campaign. First, let’s take a walk down memory lane. Be careful, it’s slimy.

Deception, Just Make Sh*t Up, and Other Tactics

In this campaign, Clinton brought David Brock on board as a strategist. Brock is a well-known mudslinger in American politics. He once worked as an operative for right wing politicians and causes, but in recent years he has helped the Clintons and some other liberals. A spokesman for the Sander’s campaign described Brock as “one of the worst practitioners in the dark arts of dirty politics.” Brock is best known for a magazine article and book he wrote attacking Anita Hill’s character and raising doubts about the veracity of her accusations during the contentious Clarence Thomas nomination hearing. Hill was a distinguished African American professor. Nice hire, Clinton!

Because Sanders’ Whiteness, Jewishness, and birthplace appear indisputable, these cards will be a bit trickier to play, but let’s see what’s happened so far.

Deception or Just Make Sh*t Up

I’m dismayed by the number of Clinton supporters who cite experience and electability for supporting Clinton. Her campaign themes are clearly working. Please Democrats, do your homework!

[1] Penn’s PR firm Burson-Marsteller has provided assistance to Blackwater, Philip Morris, union-busting efforts, the Argentina military junta, and Union Carbide after the 1984 Bhopal disaster, as well as others.